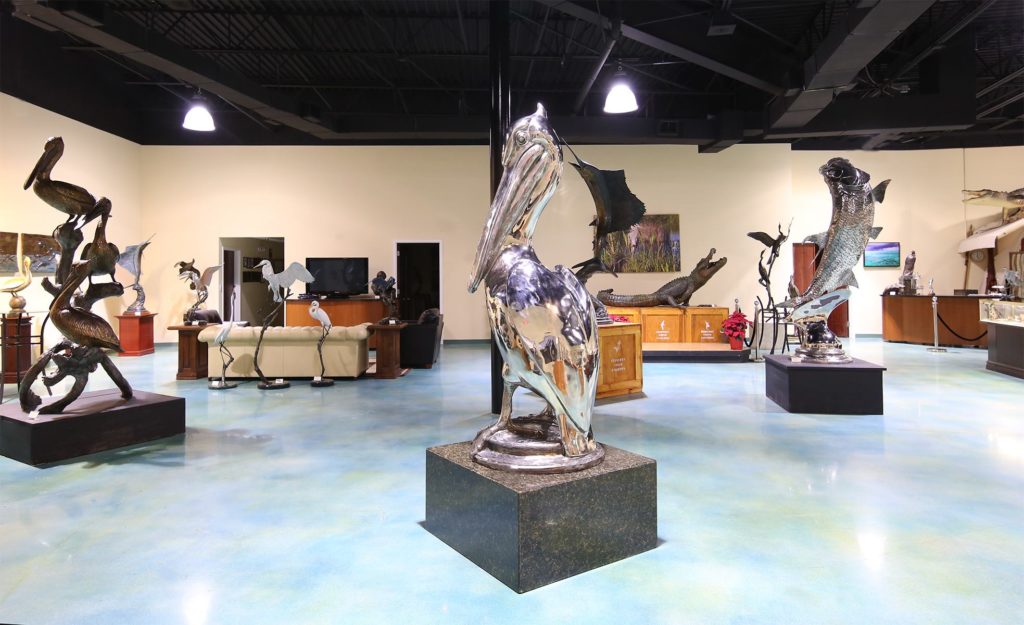 Geoffrey C. Smith (born 1961-) is an American bronze sculptor and photographer. He is a graduate of Montana State University, and currently resides in the coastal town of Stuart, Florida. His best-known work is that of the Stuart Sailfish, an 18 foot monument situated in downtown Stuart that serves as the iconic symbol of the city.

The Stuart Sailfish is the most notable of Geoffrey C. Smith’s work. 18 feet tall and weighing 3,000 lbs the bronze sculpture was installed in 2003 in the center of the “Sailfish Circle” roundabout at Dixie Highway and Joan Jefferson Way. The sculpture was created with a special architectural armature, enabling it to withstand wind gusts of up to 200 mph, essential in an area frequently hit by hurricanes. Since its installation on January 2, 2003, the sculpture has been adopted as the symbol of the city of Stuart, Florida, a location known as “The Sailfish Capital of the World”.